The band is flexible, recognising that venues (and bookings) vary hugely in scope and size. So Bernard might play with just a (fantastic) guitar-player: the pair may add a (generally brass) bass, to create the eponymous trio; or grow to four, with another great player on sax. A large event might call for a full six-piece ensemble, including trombone and drums.

This is classic New Orleans/ Chicago jazz/swing: authentic without slavishly following any particular formula. The band comprises excellent musicians who play because they love it.

Bernard also gets a kick (as Ella might sing) out of playing lead trumpet in a community Big Band, Abingdon Swingtime.

Bernard cannot remember a time in his early life when he didn't sing in choirs: later on, for him it was all about getting school students singing in large numbers, which involved also writing and arranging for them.

The composing continues. His entry for the 2017 BBC Radio 3 Breakfast Programme's Carol Competition, a setting for SATB of the medieval text Sir Christëmas, was shortlisted by experts and declared winner by public vote: it  is published by Banks Music Publications. Subsequently recorded by the girls and men of Ely Cathedral Choir on the 2018 CD An Ely Christmas, it is described as "instantly-memorable", while a review in Cathedral Music Magazine talked of "a jolly and skilful unaccompanied essay in calypso style which succeeds in banishing the ghost of Mathias's familiar version."

The BBC paid the piece (and the choir) the compliment of including Ely's recording on a compilation CD to accompany the Christmas edition of its BBC Music Magazine in 2020.

2021 saw the publication (also by Banks Music) of another setting of an old carol text, this time from the 16th Century. At Christmas be merry is set for SATB choir with organ/piano, and finishes with a particularly rollicking final chorus.

Bernard has written (and continues to write) a huge amount of other, unpublished choral music, generally for family or other occasions, frequently setting his own texts/lyrics. 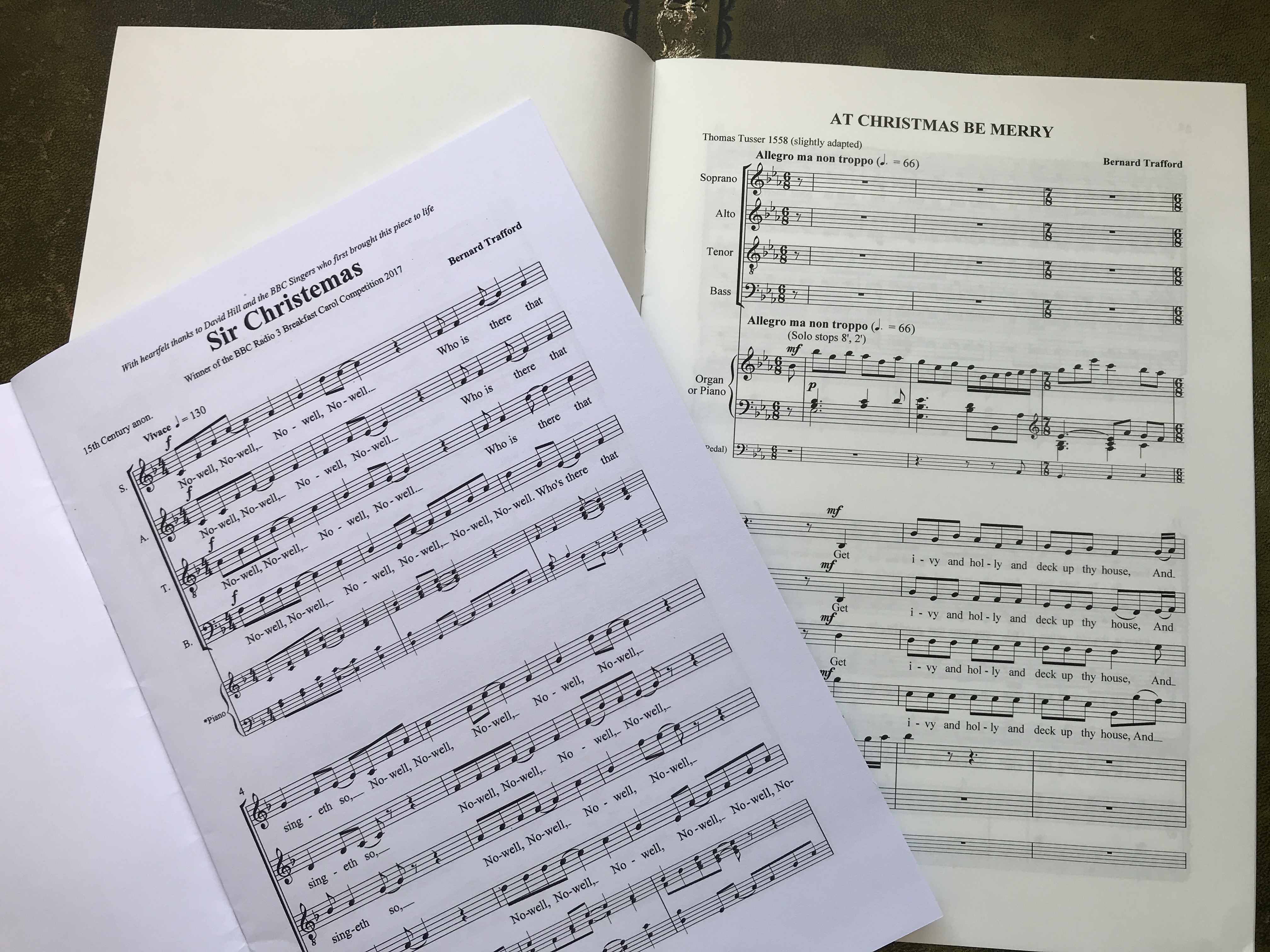 For his contemporary/ political musical Flotsam, staged at Newcastle's Royal Grammar School in June/July 2012, he wrote not only the music and lyrics, but also the book. The performance is available for view on YouTube: click separately for Act 1 and Act 2.

Bernard studied music at St Edmund Hall, Oxford, where he was Organ Scholar. After teacher training he enjoyed 12 years as a music teacher in state and independent (public and private) senior schools, giving boys’ and mixed choirs performing opportunities in English cathedrals and major concert halls, cathedrals and other venues in Germany, Italy and the American Mid-West. He also founded and for eight years conducted an orchestra based in the English Midlands. After 1990 music was not his main job, but he has always remained musically active, playing the trumpet (jazz and classical), singing, composing and arranging.